Emil Wąsacz - President of the Management Board of Stalexport Autostrada Małopolska S.A. 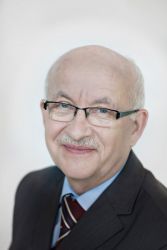 He obtained the title of an engineer at the Electrical Department at the Lódz Polytechnic; a graduate of Post-diploma Studies of the Warsaw Polytechnic and the Warsaw School of Economics. He began his professional career in 1969 in the company Apator – Torun at the post of a design engineer and next head of the team. In years 1971-1976 he was the head of the team in the Research-Development Center of Drive Control Devices in Torun. Since 1976 he was employed in Katowice Steelworks where in years 1991-1994 performed the function of the President of the Management Board. 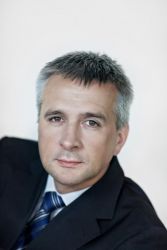 Mr Serwa was born in 1971. He graduated from the Kraków University of Economics, faculty: International Trade. He was granted the title of the Executive Master of Business Administration (MBA) at Ecole Nationale des Ponts et Chaussees and Bristol University. He participated in the International Business Programme at the Catholic University Brabant in Tilburg (the Netherlands). From 1998 to 2000 he was the Manager of the Foreign Currency Division at Stalexport S.A.

From 2000 on he has been performing the function of the Director of Finance at SAM S.A. and the Management Board Member, and from April 2006 – Vice President of the Management Board of the company in question. He took part in training concerned with foreign currency law, methods of securing payments in the domestic trade, financial mathematics and documented transactions in the international trade. Moreover, he completed a training in company accounting arranged by the Accountants Association in Poland.

Paweł Kocot - Member of the Management Board of Stalexport Autostrada Małopolska S.A. 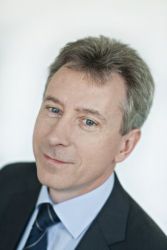 Mr Kocot was born in 1965. He graduated from the Kraków University of Technology, specialising in the building and engineering construction. He took part in numerous trainings regarding construction, construction law and the public procurement law. He was employed at Biuro Projektów Dróg i Mostów “Transprojekt” – Kraków, as the Manager of the Supervision Inspectors Team, at Jacobs Polska Sp. z o.o. as the Resident Engineer in respect of numerous contracts executed upon the A4 Katowice-Kraków section, and recently – as the Director of Technology at Stalexport Autostrady S.A.